Theatre of Impositions, features colourful cacti found at Cairo’s annual Orman Botanical Garden exhibition superimposed on dioramas from the cities Agricultural Museum. Each frame holds layers of imposition: the museum display idealized pastoral scenes of Egypt during the colonial era, and the cacti heads that were injected with pigment and grafted to the rootstock of other cacti represent a futuristic fantasy of nature.

Dunne adds another imposition by painting subtle layers of pigment to highlight certain sections of the image and puncturing each print to mimic the needles of the cacti. The intention is to potentially deceive the viewer, a misrepresentation that already exists in previous layering of the imposition.

The collection consists of fifteen photocollages. 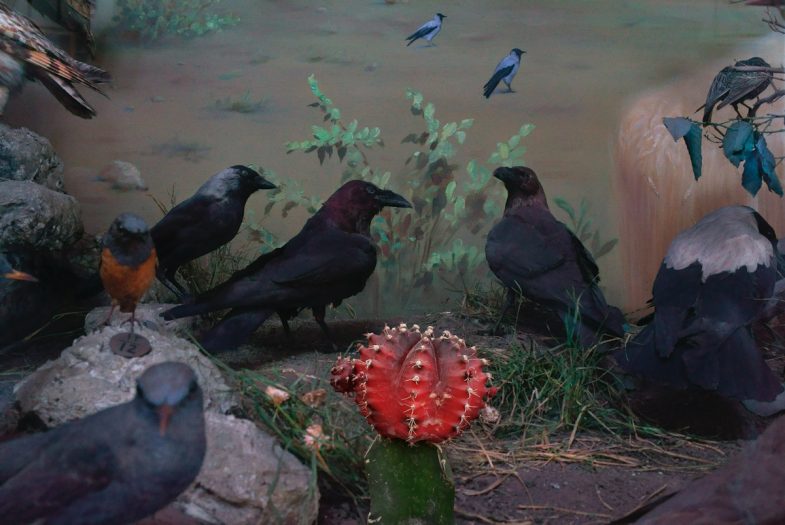 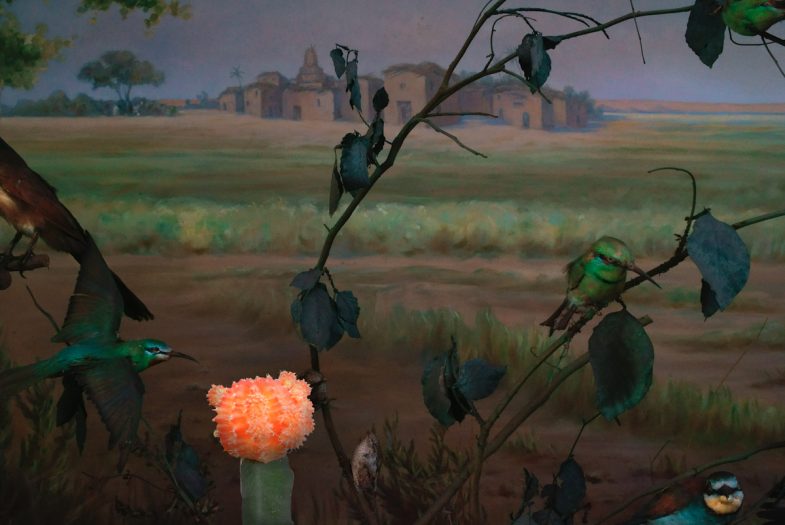 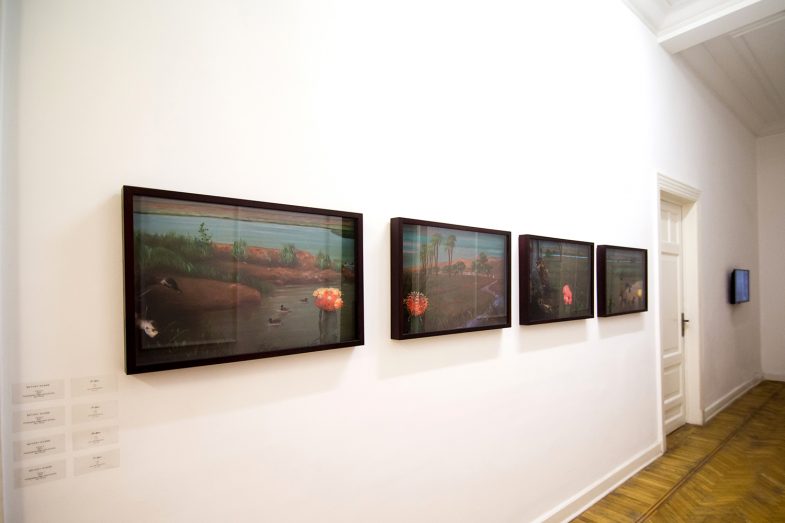 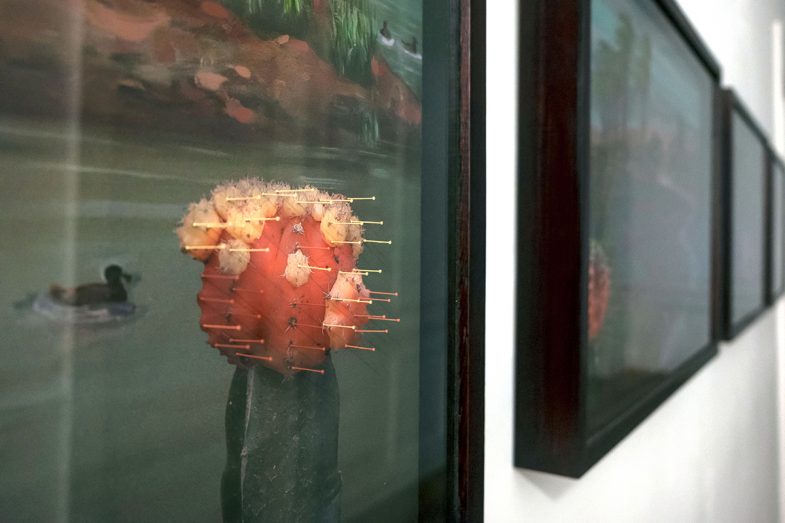 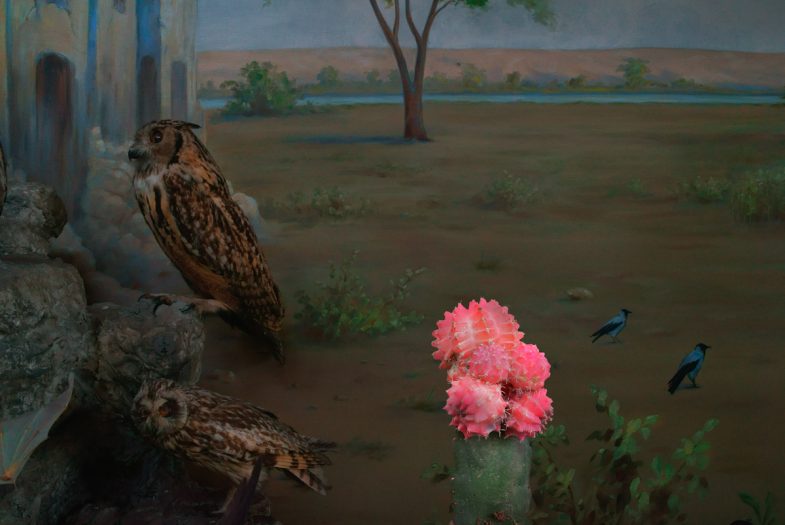 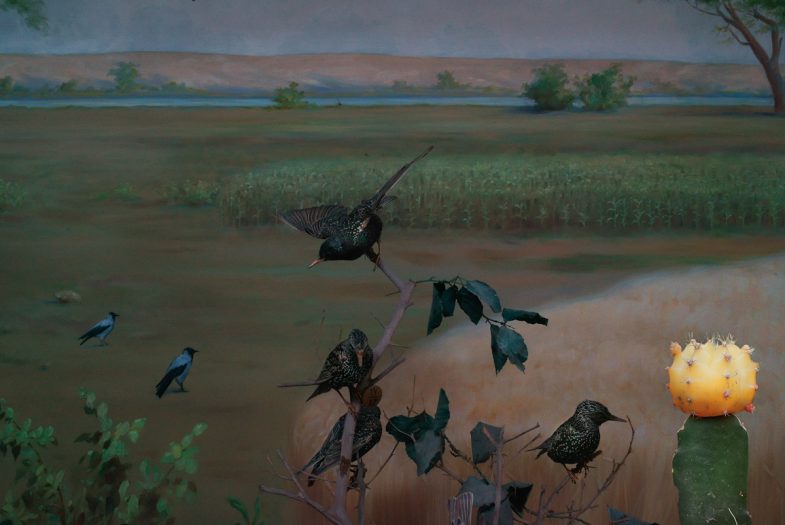 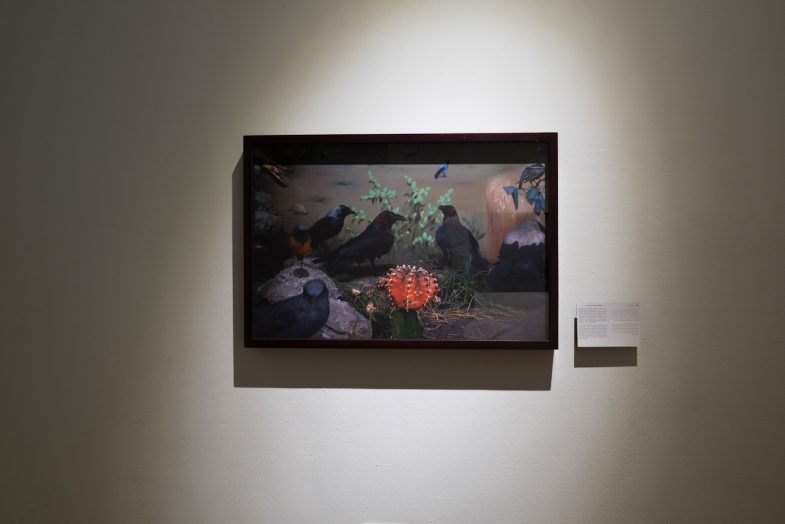 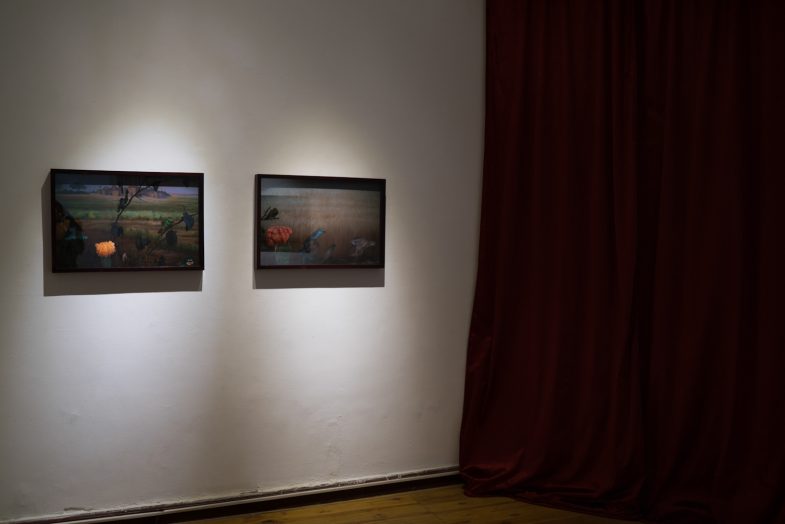 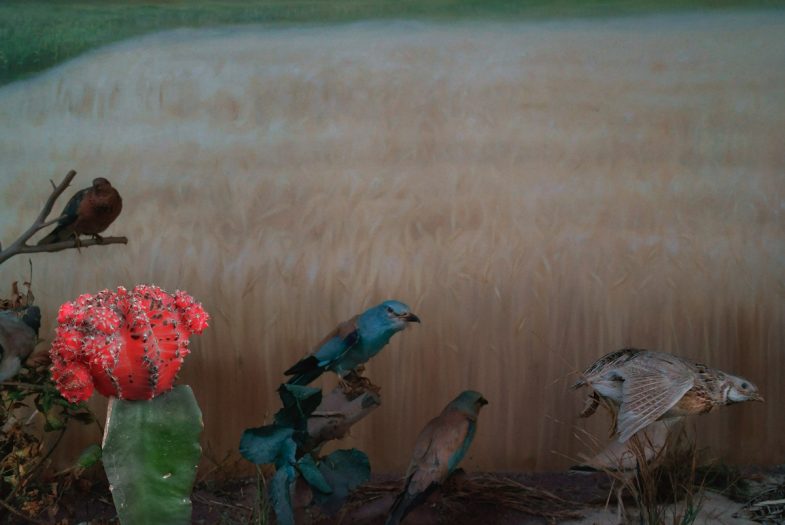 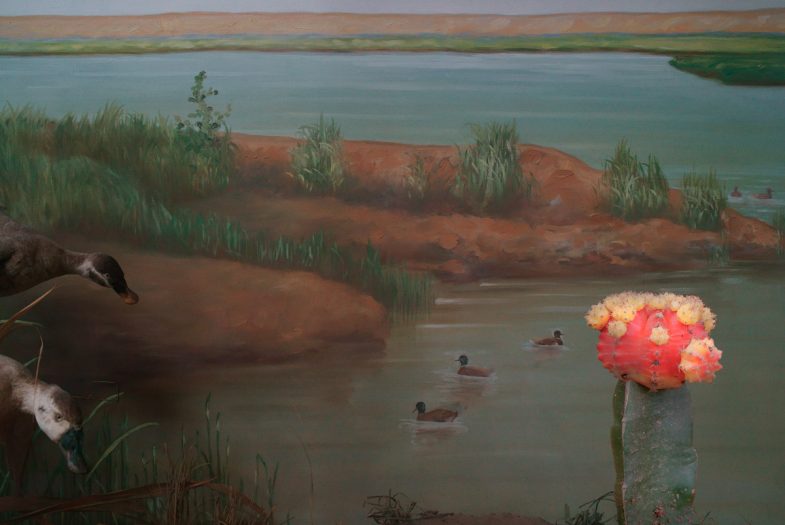