This series features portraits of rental horses and their riders (tour guides) in the vicinity of the Pyramids of Giza. It aims to subvert the “white backdrop” and “decorative prop” conventions of 19th and early-20th century orientalist photography in Egypt: Instead of using the backdrop to disconnect the subject from their surroundings, the frame embraces the iconic site upon which countless livelihoods depend. The security fence, stretching across each scene, speaks to the rule of man and the notion of access; none of these guides possess the official license required to operate inside the Giza complex.

The photo series, is accompanied by a short video that features the voice of a stable owner named Sa’id Badawi. When asked for his impressions of the improvised installation, Sa’id replied: “Foreigners love decorations that look Arabic because they don’t have this stuff, and it’s the greatest thing in the world.”

The collection consists of thirty images. 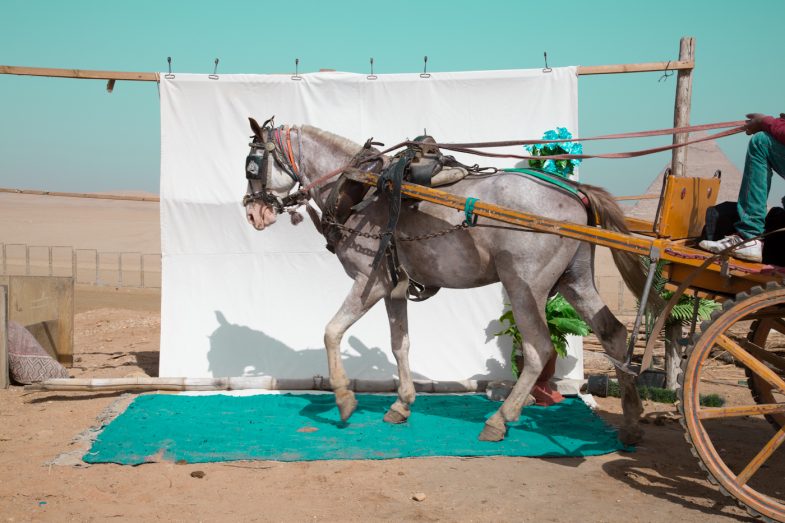 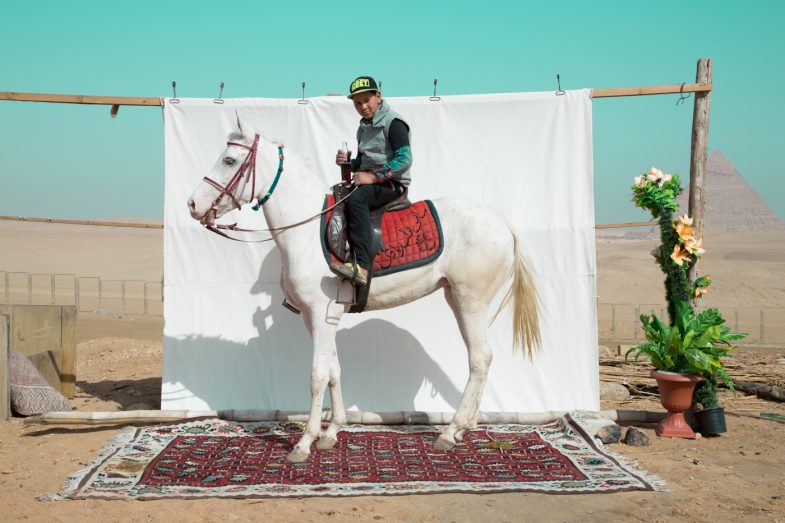 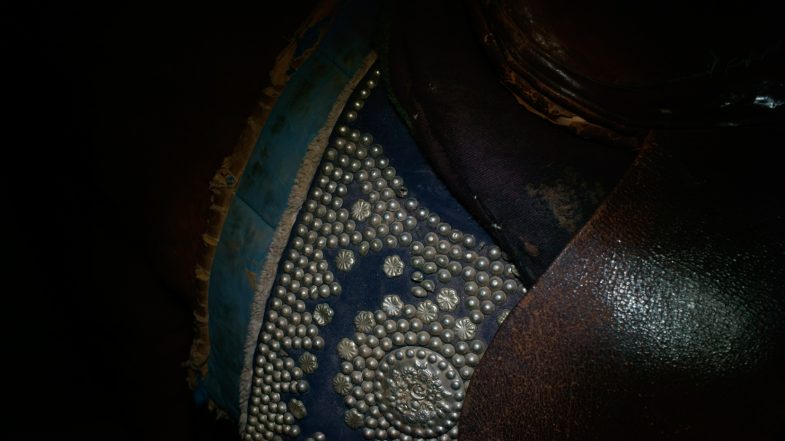 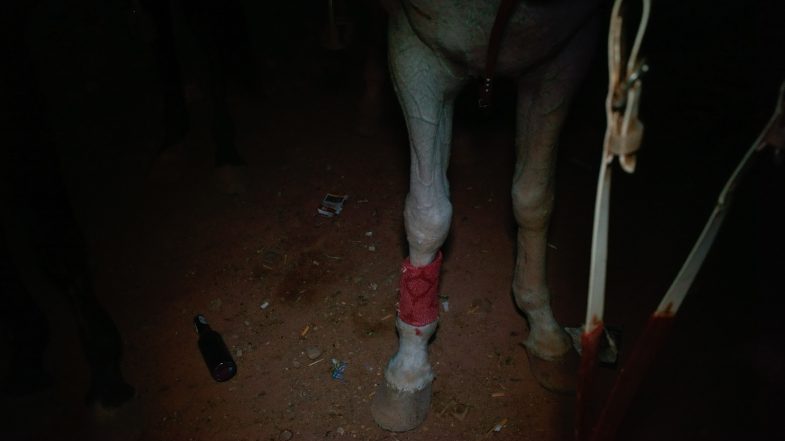 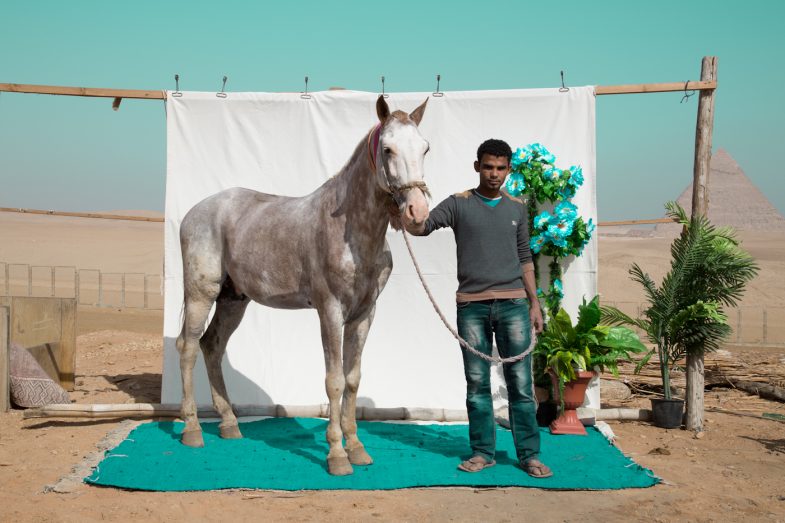 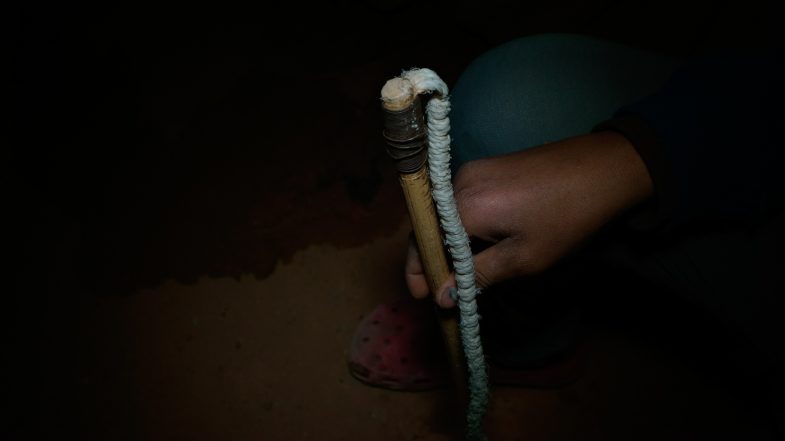 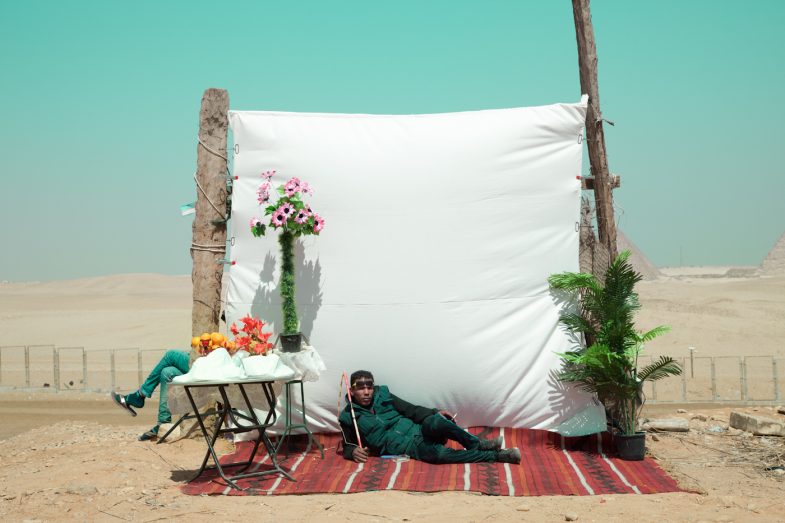 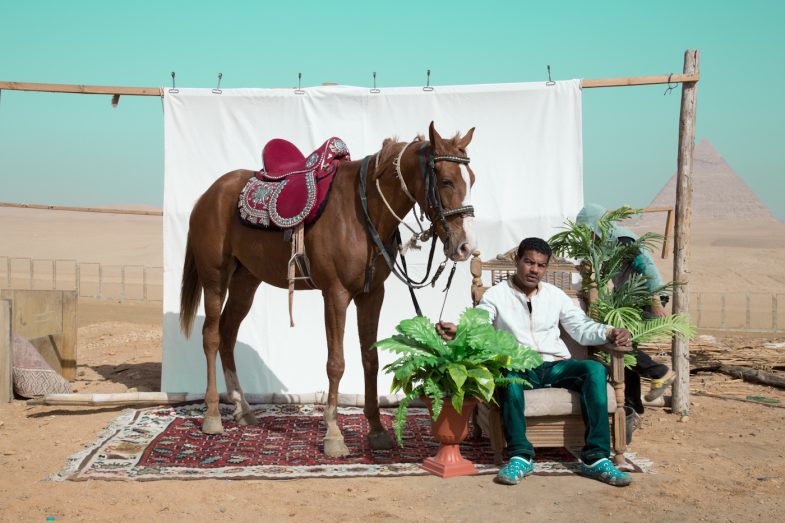 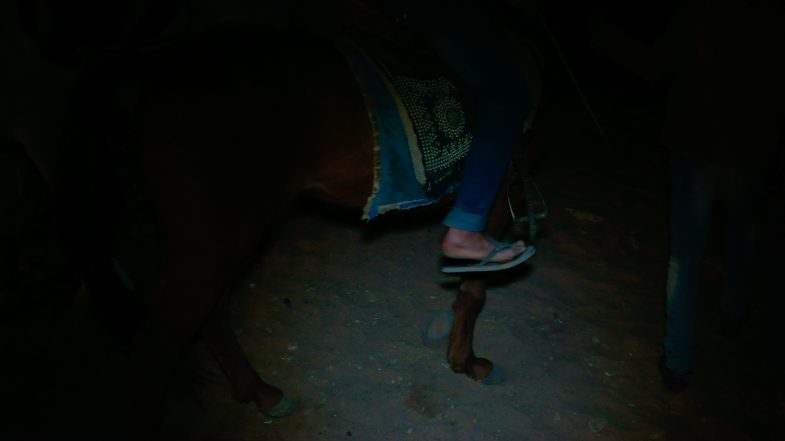 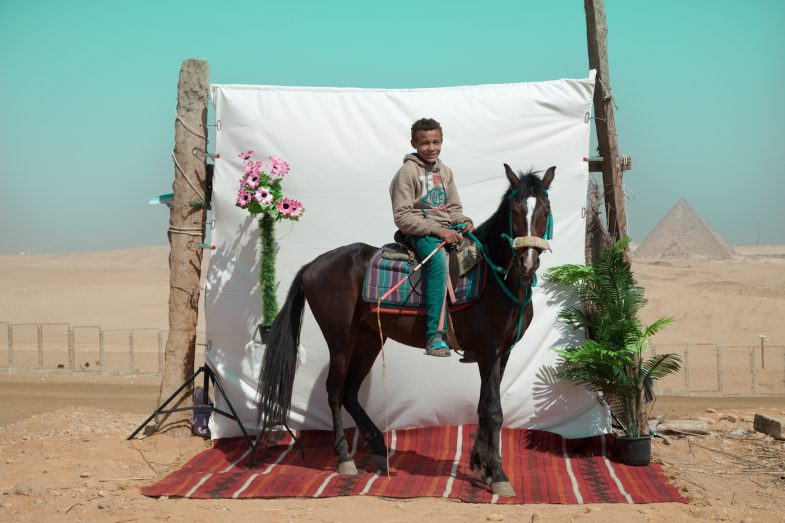 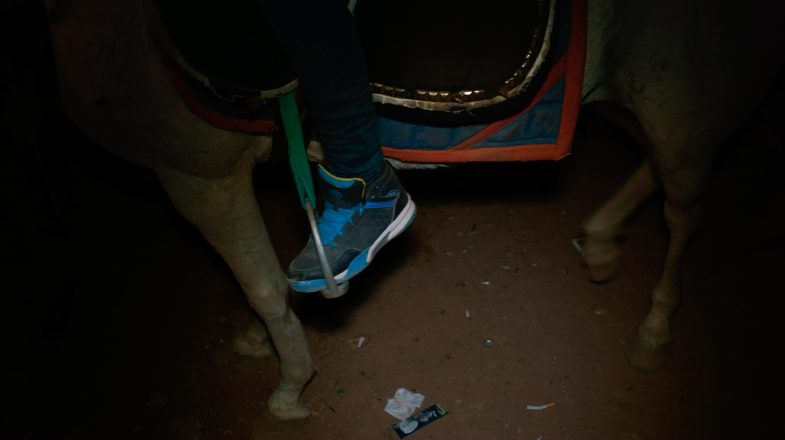 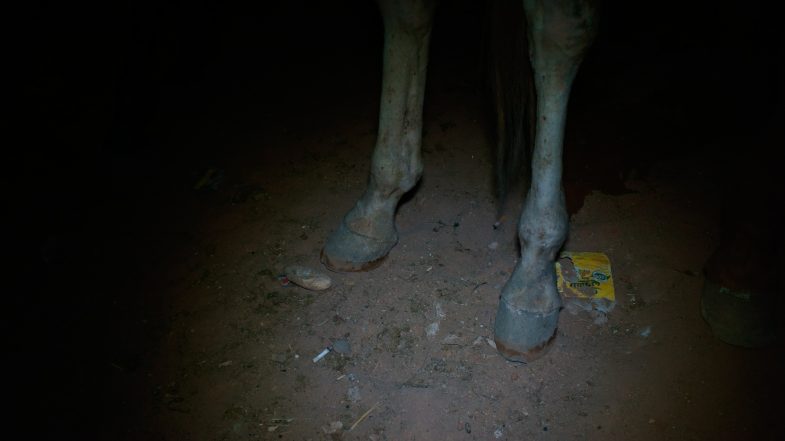 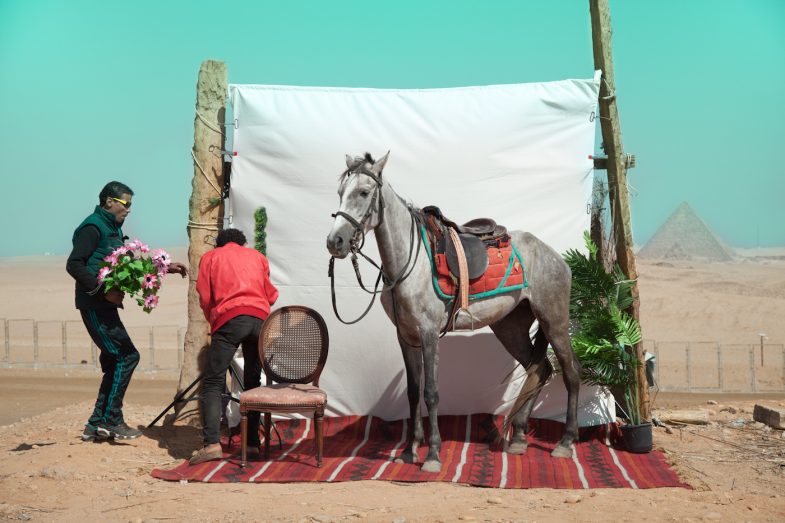