Bryony Dunne’s research-driven fabulations challenge anthropocentric and speciesist attitudes. Her works have retraced the passage of pillaged wildlife across the Suez Canal to zoos and botanical gardens in the West as well as the trajectory of an invasive fish species across the same waterway. In collaboration with archaeobotanists, conservationists, and ornithologists she has rendered data from animal tracking satellite systems into points of artistic contemplation. Her films, photographs, sculptures, and texts allude gently to the parallels between human and nonhuman migration and circulation.

For Open Studios, Dunne presents two sculptural installations. The first is a futuristic, museum-style diorama centered around a lagocephalus sceleratus, a toxic puffer fish now spread throughout the Mediterranean Sea. The second hinges on a 2013 US military operation that parachuted mice laced with paracetamol onto the island of Guam to poison and depopulate a brown tree snake that had been introduced by cargo ships. In the toxic puffer fish and brown tree snake we find animals who have been transported unwittingly by human vessels or via manmade incursions into their habitats only to be cast as invasive and vilified.

A third work, a video, reinterprets the BBC documentary series Spy in the Wild in which animatronic creatures are placed among wild animals to spy on them for our entertainment. It is accompanied by an excerpt of Surrender Your Horns (2022), Dunne’s forthcoming feature film that intertwines “real” and fantasy worlds in a tragic tale where rhinos die because myths live. These works reveal not only how animals become the unwitting protagonists of our human drama but the extent to which humans endeavor to stage nature—through modes of containment, camouflage, or disguise—to farcical, if often tragic, effect. 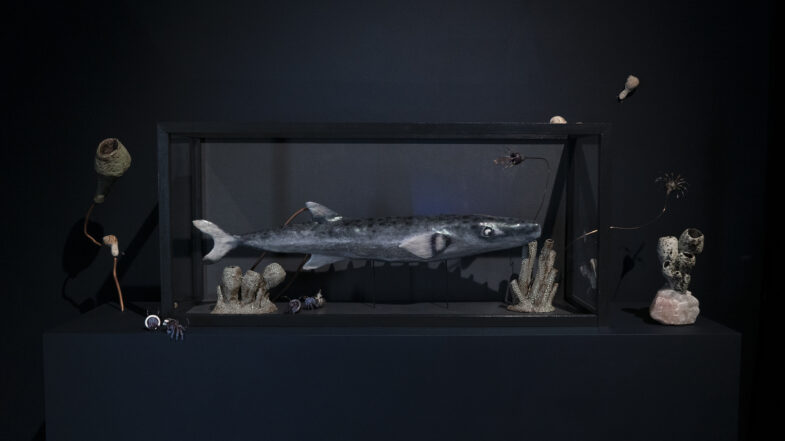 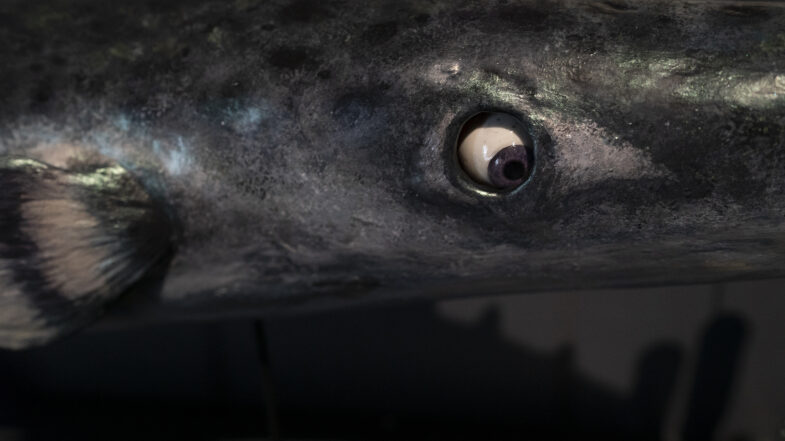 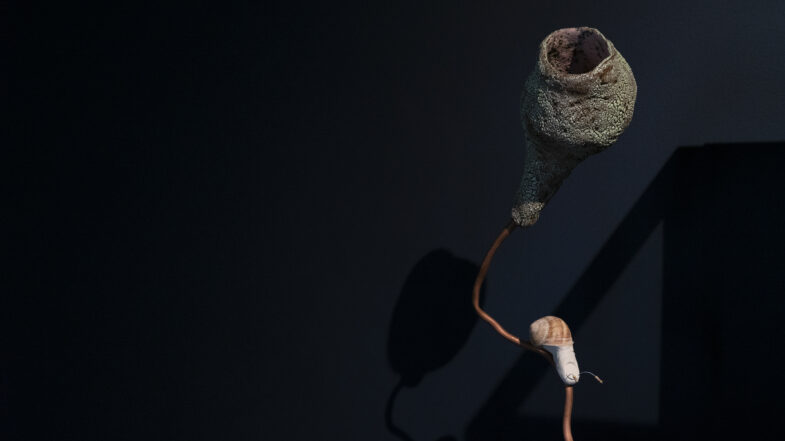 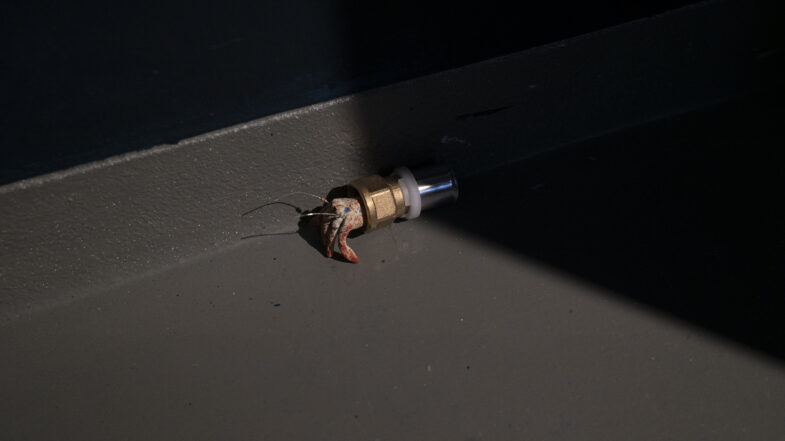 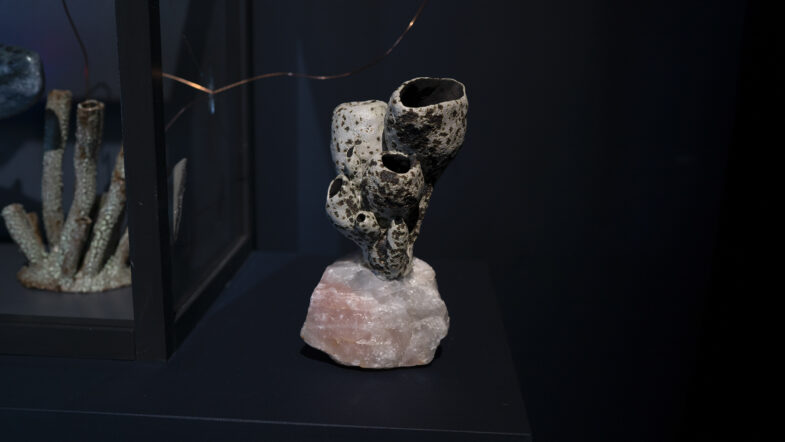 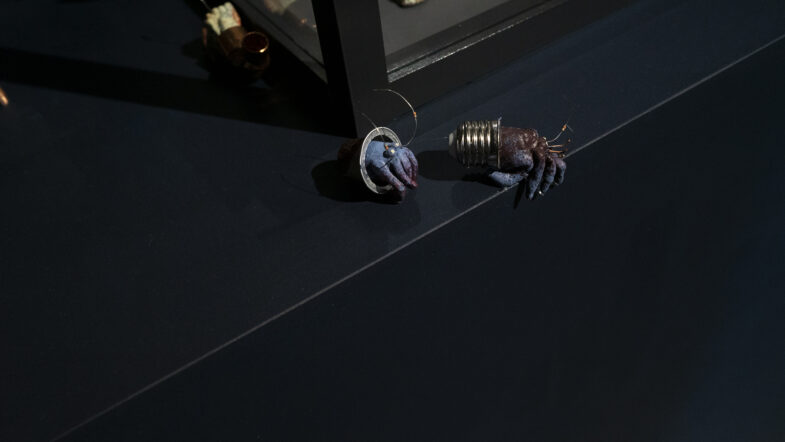 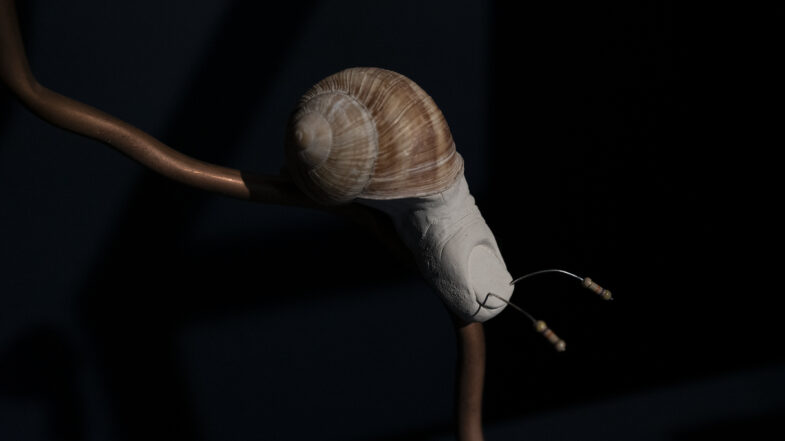 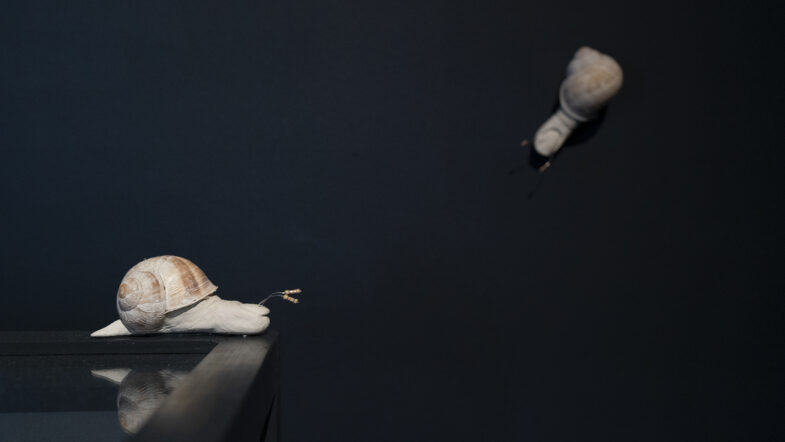 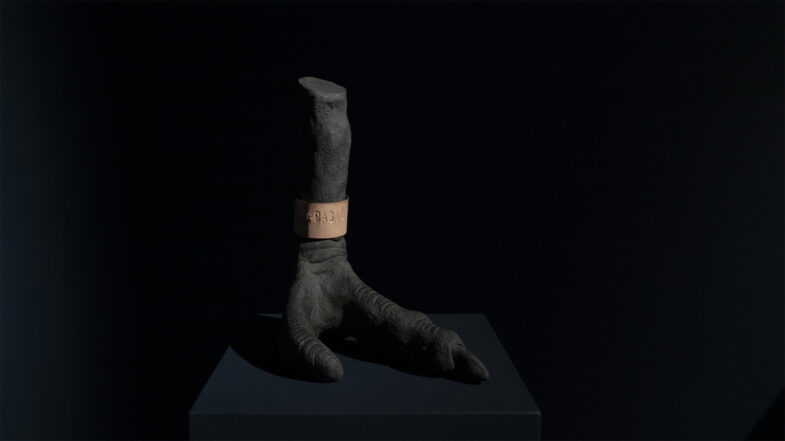 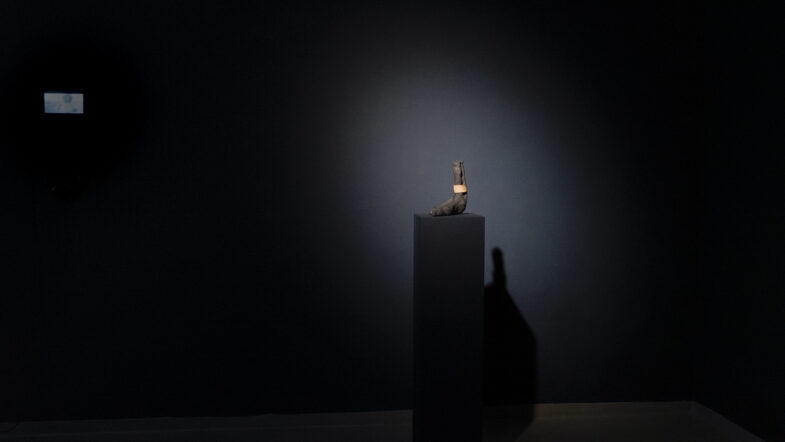 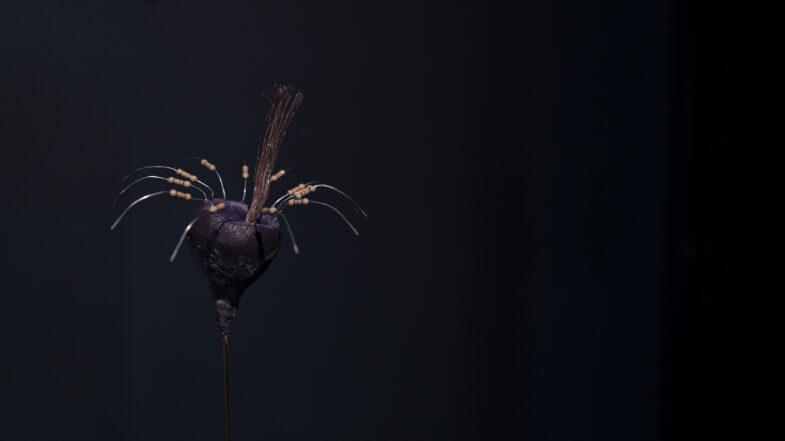 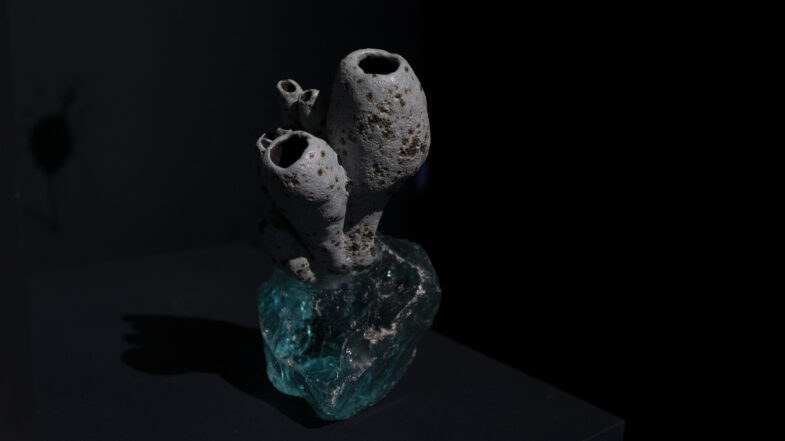 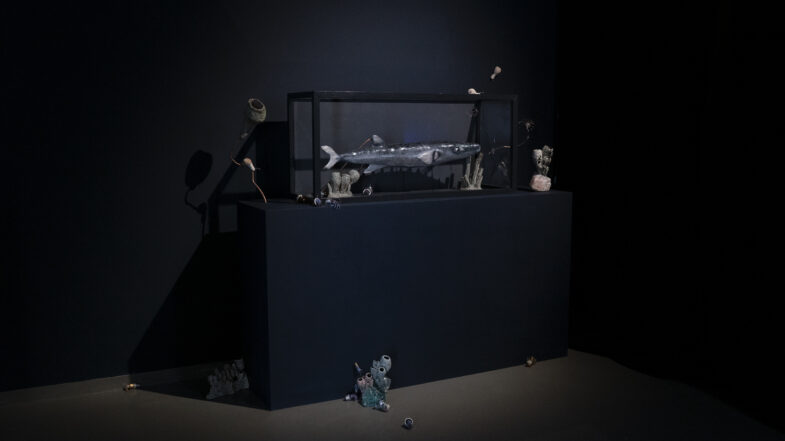