This portrait series features migratory birds entangled in mist nets on the remote Greek island of Antikythera, a key stopover location that hosts thousands of flocks during their biannual flights between Europe and the Middle East or Africa. Upon capture, the ornithological method known as “bird ringing” is used to collect the biometric data of each winged subject before they’re ultimately set free with a metal identification tag attached to one of their legs. This process of data extraction appears to concentrate on scientific value alone while thrusting these subjects into the role of “messengers” of environmental changes and challenges. Contrariwise, these  portraits emphasize aesthetic and poetic value as a way of conveying the complex, bittersweet reality that unfolds on Antikythera: beyond the frame — between capture and release — the scientists and volunteers spoke endlessly about their lifelong passion for the species.  While the framing of these birds evokes museum-style taxidermy, their awkward and harrowing poses allude to and question the imposition of man-made classificatory systems on the natural world.

The work consists of 20 images in total. 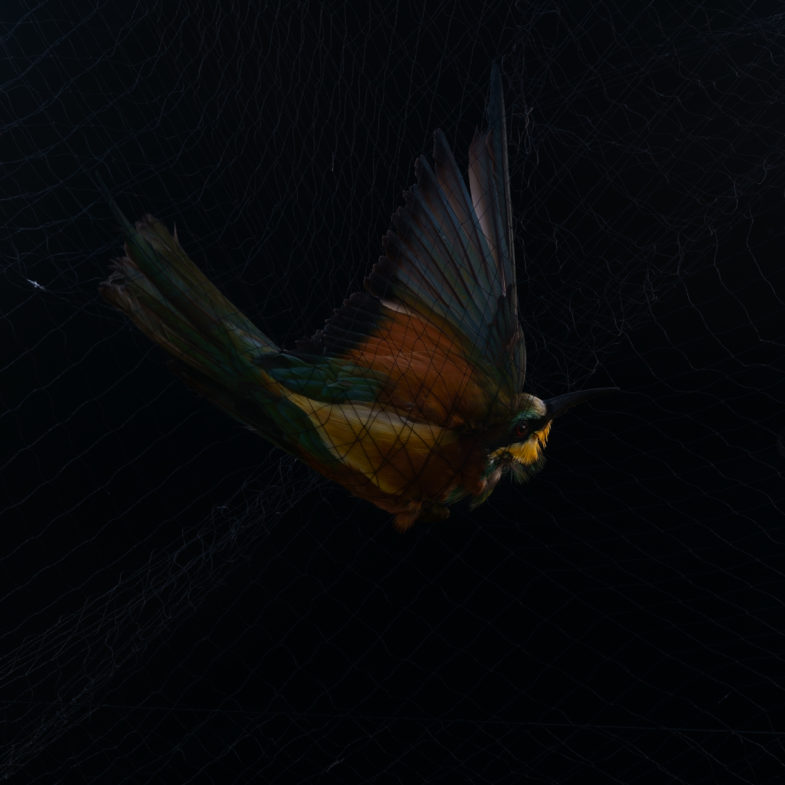