Since 1967, an estimated 800,000 Palestinian olive trees have been destroyed in the West Bank and Gaza Strip by Israeli authorities and/or settlers.* But the strength of the olive tree’s root system is such that it can regenerate itself in spite of being chopped, bulldozed or torched.

Imprinted features olive and almond trees photographed in the West Bank. The original aim was to engage with the symbolic meaning of the trees and the families that maintained them. However an unexpected signification surfaced during image production due to a malfunction in the Hasselblad camera that was used, each image was imprinted with a thick black line running diagonally across either the upper-right or lower-left corner of the frame. These interruptive lines are understood as an allegory of the occupation.

The collection consists of twelve images.

(*Report by the Palestinian Authority and the Applied Research Institute Jerusalem) 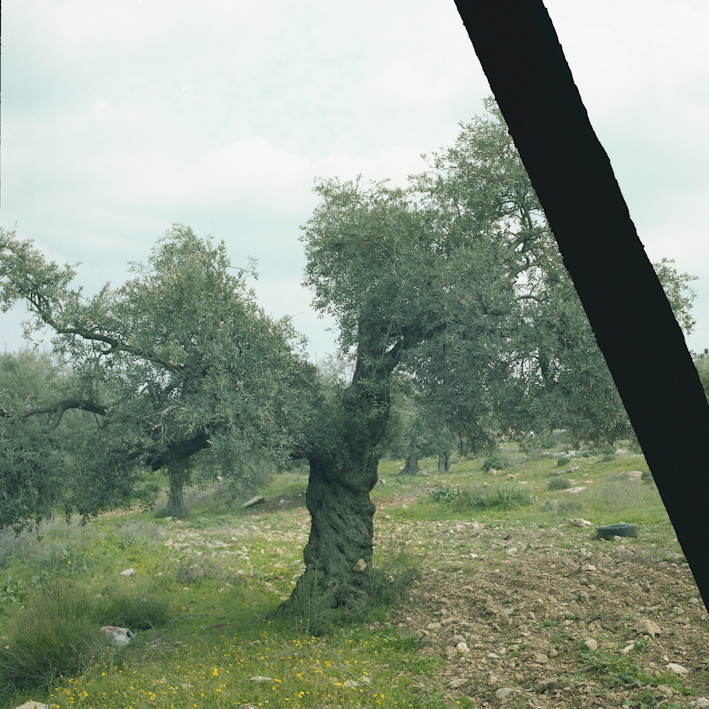 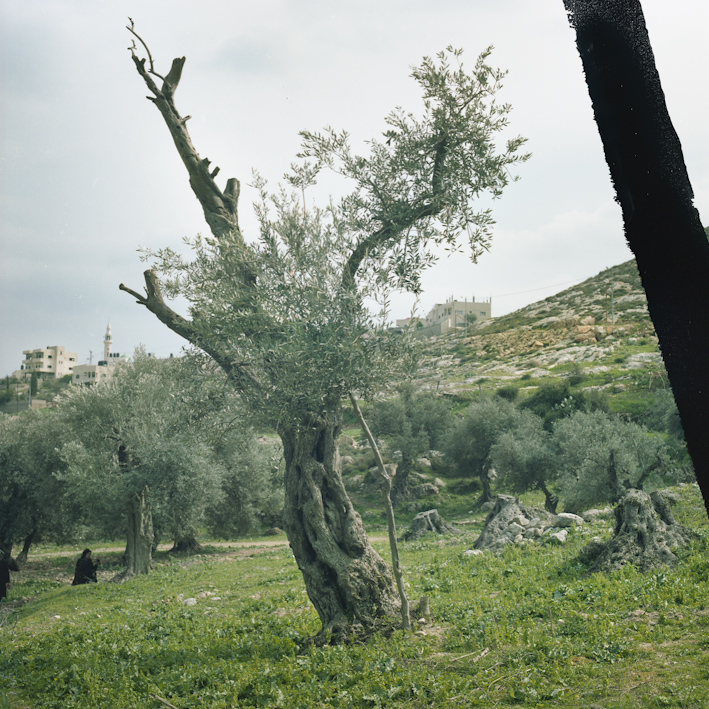 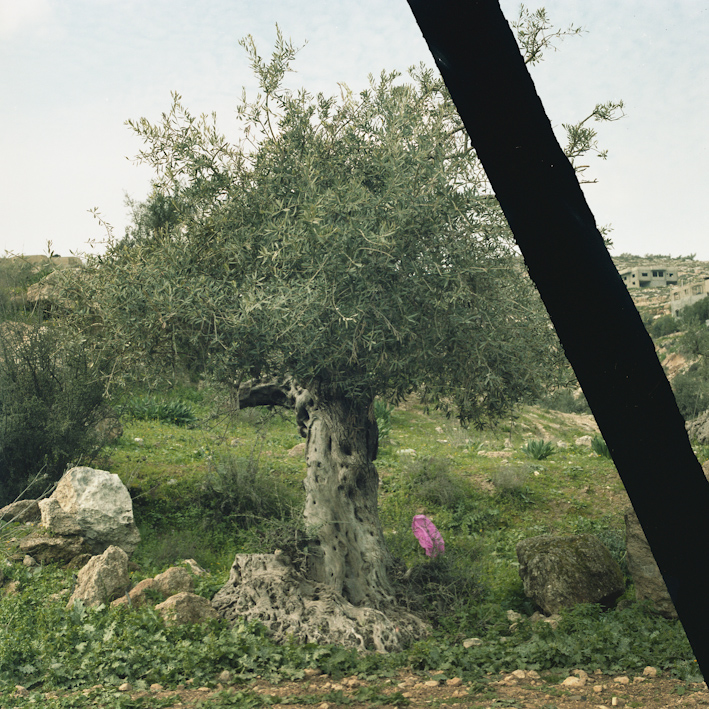 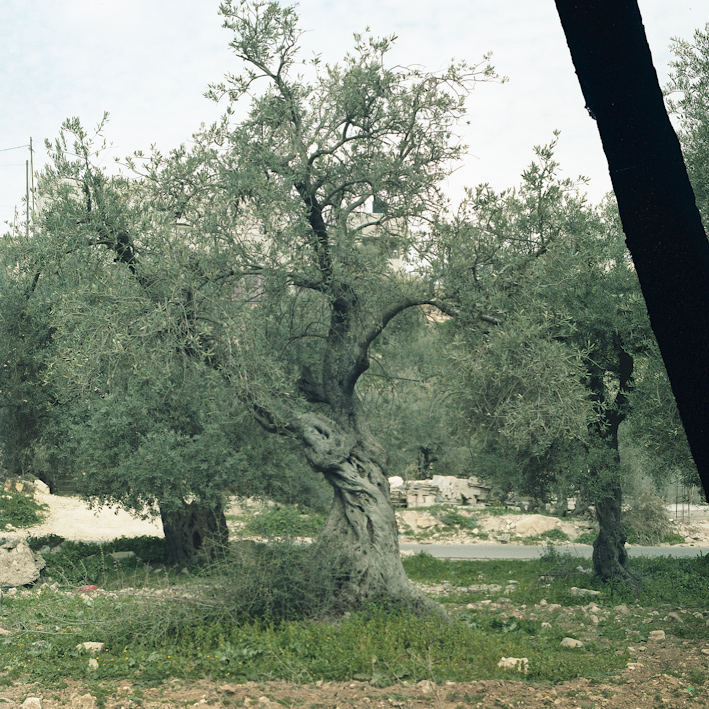 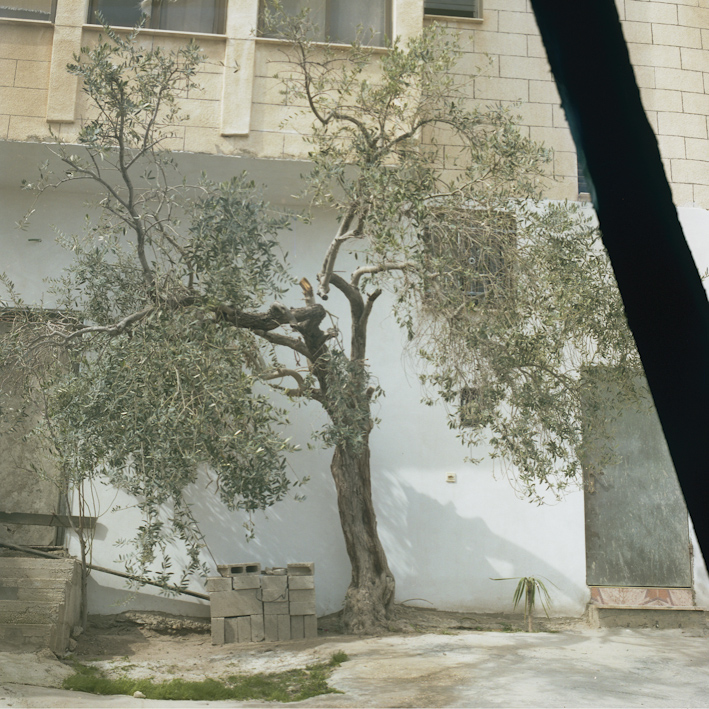 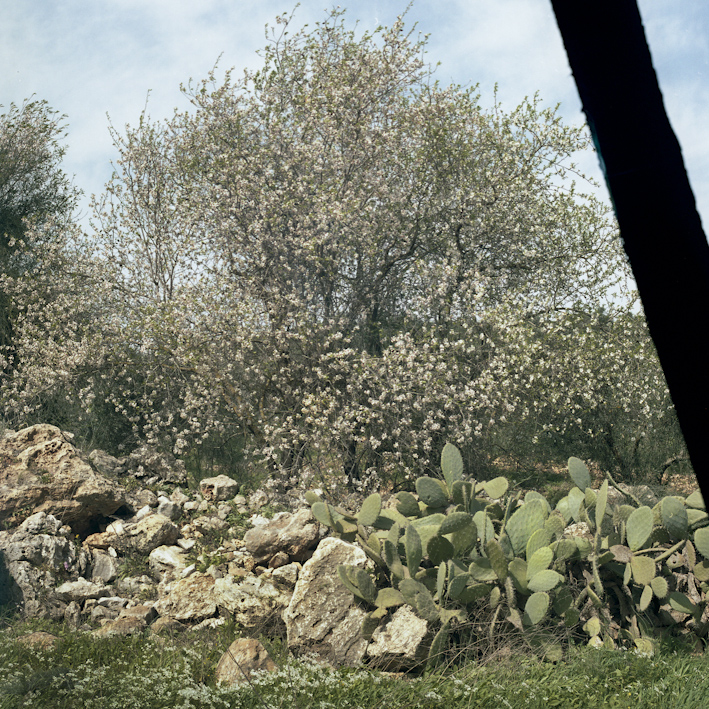 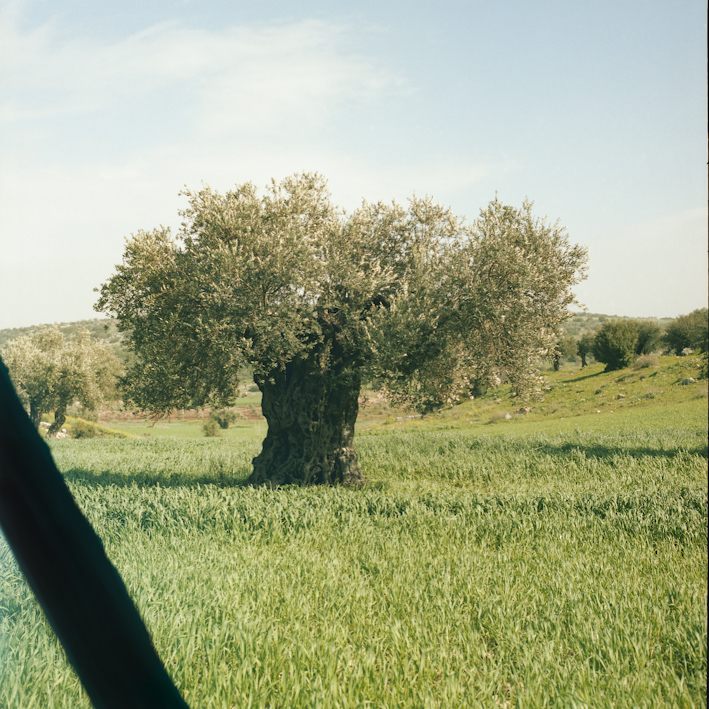 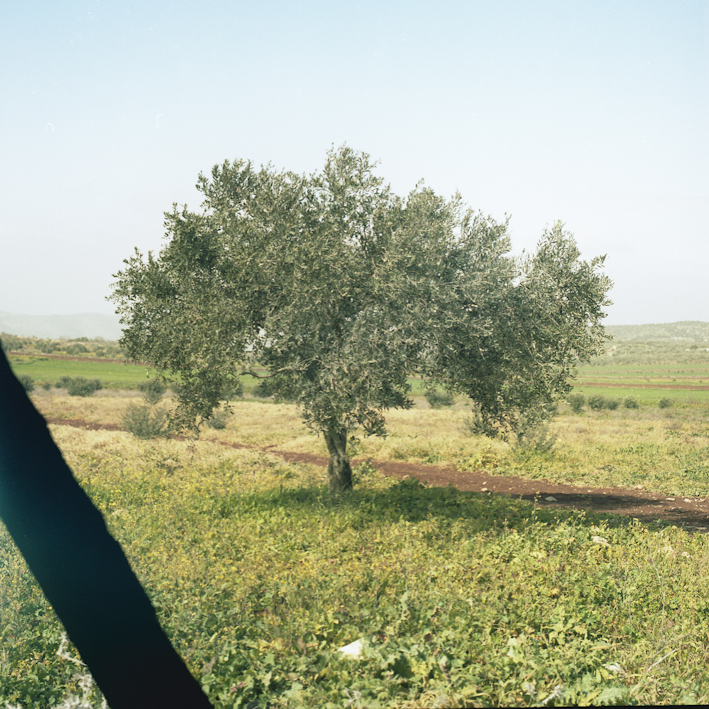